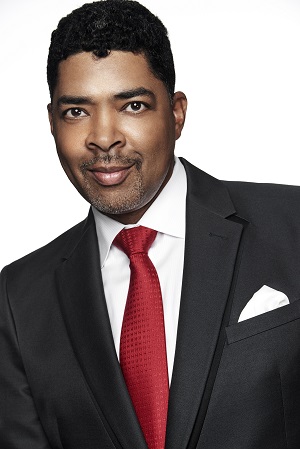 This month, The C-Suite features Keith Clinkscales. Back in 2013, Keith was appointed by Sean Combs (founder and chairman) to be the CEO of REVOLT Media & TV. Since then (and, most likely, greatly due to Clinkscales platform thinking and fan focus), REVOLT achieved the third largest, independent network launch in the history of cable television (greater than Oxygen and the NFL and NHL networks). Simply put, the multi-platform network ended up reaching 50 million young adults. With this in mind, we sat down with Keith to talk a little content, a little tech, and a whole lot of branding.

Brandingmag: How do you build and expand a user-engaging platform in the age of infinite tech disruption?

Keith Clinkscales: Everything in media, entertainment, and branding is accelerated now due to technology and it’s about being able to go ahead and make things work. Sometimes it’s not a matter of the message or the medium, it’s a matter of the time; it’s a matter of when you’re going in. Last year, Lee Daniels and Empire were here and people came and they were nice and they enjoyed [the talk], but it wasn’t the crutch that it was. Now, folks that had seen it could really see that this was going to be something — we saw that it was going to be something. [Daniel’s] point was good:  We have more information now, we have more abilities to look at markets now, we have more abilities to detect. So, with all that knowledge, that decision-making should be better.

BM: Where do you see REVOLT’s content strategy going next? Would you move into other verticals like gaming and is mobile going to be a larger focus for you?

KC: Well mobile…yes. We’re changing the focus of [our] screens. Our foundation is in cable and having those screens; however, a young person is going to look at their phone about 25 times more than their television, so you have to increase the relevance of that phone screen. The way we produce our television shows, though, can be done so they can have frictionless moves to mobile devices, not unlike some of the segments on the Daily Show or some of the things that Jimmy Fallon is doing. Some things don’t work well for mobile screens, but some things do: short content [and] short engagement content sometimes.

BM: How do you see user interaction playing into what you just spoke about?

KC: Right now, heat begins, they go to different heat sources, and [people] begin to hear about it on Instagram, hear about it on Twitter, even Facebook. Facebook is not a dinosaur, it’s still there and it’s not going anywhere. So, when you see things starting to get some motion, people want to see them. Also, the technology gave you what you want, that’s not the problem, you can get anything you want. Knowing what you want is the problem, and that’s when branding comes in. Branding is the thing that says, “Well, this is coming from so-and-so, therefore it must be good” or “so-and-so is involved in this, so it must be good” or “it has this brand on it, so it must be good.” That’s the kind of thinking that people who are branding experts and content creators have to think about.

BM: One of the disconnects I see with companies is retaining Millennials, so how is REVOLT going to speak to brand authenticity versus transparency and keep the attention of Millennials?

KC: The most important lesson about Millennials is that as someone who manages a business target for them, you have to get comfortable with the notion that you’re not in charge. It’s not something where you can sit and say, “This is what I’m going to do to keep them.” What you have to do is make sure that you’re working almost three times as hard to take the things that they want, take the places that they go [to], and make sure that you build them into what you’re doing. You’ve got to have different ways to have them respond. Media that doesn’t respond to them is not going to work for them. They have to feel like they are one click away from being on your stage.

KC: We are in the middle of a tremendous time in the television/cable/telephone/ satellite world and change is going on from the biggest companies, [from] Disney and Viacom to smaller independents like REVOLT. We are all delivering media, but the decisions that we’re making are changing because ratings are changing. Advertisers are not always relying on ratings the same way because we don’t have all the measurements yet, but we’re going to move on to some form of a total market as technology gets better. The technologies here today can tell who’s watching what, why they’re watching it, and what time — all of these things. The efficacy of traditional spots are going to continue to be challenged. The direction that’s next for us is to continue to organically work with advertising partners to working with folks that are seeking new content to brand, but also to provide the tools and the environment that allows them to do that in a way that works for their brand values.

Although the conversation was brief, the takeaways were clear:

How To Define Your Defining Moments

The C-Suite: Harry Bernstein, Founder and CCO of The 88

This month, the C-Suite features Harry Bernstein, founder and CCO of the well-regarded digital agency The 88.  After nearly 10 years in the traditional advertising industry working for the likes of O&M and Berlin Cameron and creative directing major campaigns for Coca-Cola, Ford, and Heineken Light—Harry did a brief stint on the brand side before realizing his own […]

David Chen is the CEO and Co-Founder of Strikingly.com. Strikingly allows anyone to get a gorgeous, mobile-optimized website in minutes. The company is backed by Y Combinator, a leading startup incubator, and has received funding from top investors in the U.S. and China. Here, we interview David in our first edition of The C-Suite: CEO […]

The holy grail of consumer engagement for most brands is navigating the complex world of social media. Competing brands seem to be intertwined in a UFC style cage match with their ambitious efforts to engage the end user. Let’s all wave a collective au revoir to touch points and bonjour to a more robust approach […]

The length of one’s career in Hollywood is often the source of great consternation. From stand-up comedian to entertainment mogul, Byron Allen has clearly reverse-engineered the Hollywood success playbook. With more than four decades working in show business, and a staggering roster of over 40 television shows currently on the air, Byron Allen is just […]

The C-Suite: Jamie Elden, President and CEO of Nylon

Content creation appears to be the internet’s version of “The Great Gold Rush” with seemingly everyone creating and/or curating content. From legacy outlets to vloggers, the ability to produce consistent quality content is arguably the key to win Google’s search race. With 15 years of making content and programming, Jamie Elden, President and CEO of […]

How To Define Your Defining Moments

One of the most impactful influences in my life was my grandmother. She would often say the most powerful thing you can do in life is to make a decision. Six years ago, at 38, I decided to pursue an MBA at the University of Miami. I was fraught with fear, mostly because I completed […]